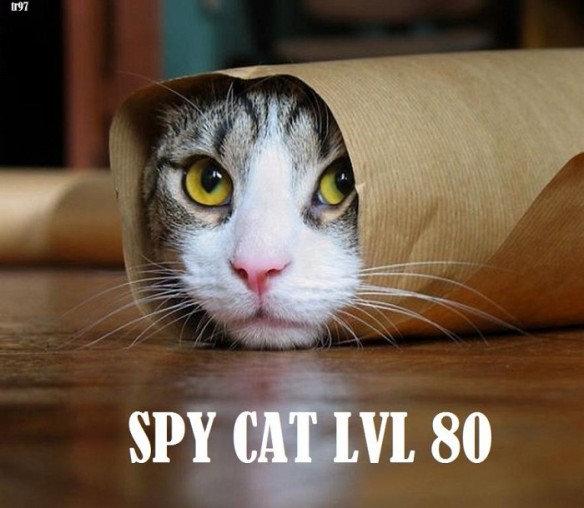 1. Your cat is loathe to come in from the cold

2. Your cat dissapears for hours every day

3. Your cat speaks a language you don’t understand

4. Your cat is capable of random acts of violence

5. Your cat has a handler

1. Your cat is constantly plotting for and against you.

2. Your cat knows that he’s the rightful heir to the Iron Throne or any throne.

3. Your cat expects to be waited on paw and paw.

4. Your cat doesn’t want to hear your excuses.

5. Your happiness is none of your cat’s concern.

1. You will never be the father of any of your cat’s kittens.

2. Your cat doesn’t care about the size of your package.

3. You already know your cat won’t call you in the morning or at anytime.

4. You know where your cat has been.

5. Your cat won’t ever accidentally sleep with your sister.

1. Your cat won’t make you stay late and then screw you on overtime

3. Your cat can’t email you documents after work hours

4. Your cat won’t take your ideas, use them as their own and never ever give you credit

5. Your cat won’t get drunk at the Christmas party and try to kiss you

Sushi Cats (Neko-Sushi) by the Japan-based company Tange & Nakimushi Peanuts are a series of photographs of cute dressed up felines resting on top of sushi rice. According to the History of Sushi Cats video (seen below), the cats are a magical and historical creature that have been influencing humans since the beginning of time. Tange & Nakimushi Peanuts has released a mobile game app for iPhone and Android phones featuring the Sushi Cats. They also have an online store that offers photo prints, postcards and more (only available in Japan).

The cats embody performance art, theater, philosophy and art. There may be a Sweet Little Black Kitty-Sushi Cat meeting of the minds very soon. Check them out below.

From Shouts and Murmurs an exploration by John Hodgman about watching Downton Abbey with cats. What do you watch with your cats? Tell us in the comments.

Look, I never want to tell stories about my children, because it always seems a little lazy. Children tend to be sort of dumb, and, in the end, the stories are always the same: children say hilarious things, and I am old and dying.

So when I tell you these stories about my children let’s just pretend they are about my cats.

So my cats and I were watching “Downton Abbey” last year. (I have two cats, one girl cat, who is twelve—in cat years, obviously—and a boy cat, who is seven.) And at one point my younger cat turned to me and said, “What is that human woman trying to say to that other man?”

And I said, “That is Mary Crawley. She is trying to tell Matthew that she is in love with him.”

And my younger cat thought about it and said, “Well, that is a very hard thing to do.” And then he said, “You have to pick just the right time.”

Then my older cat turned to him and said, “WILL YOU BE QUIET, PLEASE?”

I was watching “Downton Abbey” with my cats, and in one episode Anna (a human on the show) tells her fiancé, Mr. Bates, not to worry about her, because she is “a trouper.”

And my younger cat turned to me and said, “What’s a ‘trouper’?”

I had to think about it. I explained to my younger cat that a trouper is someone who has a job that isn’t easy or fair, and he doesn’t want to do it, but he is going to do it anyway.

And then a long time passed—whole scenes of “Downton Abbey” strolled elegantly by—before my younger cat said quietly, to himself, “Sometimes I am a trouper.”

And then my older cat told my younger cat, “BE QUIET, ALREADY,” and suggested that he not watch the show until he is intelligent enough to understand it.

My older cat hates it when my younger cat watches “Downton Abbey” with us, because watching “Downton Abbey” makes her feel grownup, and his presence robs her of this illusion. This occasionally makes her very cruel.

One time when I was watching “Downton Abbey” with my cats, and they were bickering, I told her, “You better watch out. You’re starting to act a little like Mary Crawley.” Which is to say: like a bitch. Now, this is not something you could ever say to a child, but when you say it to a cat it’s hilarious, because it is literally ironic.

And she said, “I know, I’m sorry.” And I realized that watching “Downton Abbey” with my cats allowed me to speak more plainly with my cats than ever before.

One night while watching “Downton Abbey” with my cats, I had a profound experience of déjà vu. I suddenly had this flash memory of myself, as a child, when I used to watch the PBS show “Upstairs, Downstairs” with my cats.

(Of course, in this case, and this case only, when I say “my cats” that is a euphemism for “my parents.”)

I am an only child. And when you are an only child you have an unusual relationship with your parents. There are only the three of you, and you come to rely on one another for company as much as for anything else. You spend a lot of time travelling together, going to movies together, and watching public television together, with your dinner in your lap. Your mother and father are not so much your parents as they are your weird, older roommates. Or, better, a pair of older cats who wander in and out of the rooms of your house. They silently judge you, but they can’t stop you from whatever it is you’re going to do.

You would think that this sudden memory of watching “Upstairs, Downstairs” with my cats would have been comforting—to know that this tradition of watching British period drama together would be passed down from generation to generation, from cat to son to cat.

But it was not comforting. It was horrible.

Because it made me realize that “Downton Abbey” and “Upstairs, Downstairs” are the same thing. They are the exact same television show: about an aristocratic family living through the early twentieth century, their lives entwined with those of a plucky, makeshift family of servants below them. First World War. Love. Troupers. All of it the same.

And it made me understand: no matter what you do or make in life, it will be forgotten. And then people will just make it again and pretend that what you did never happened.

And, just as in any story about your cats, I realized that the subtext is: Cats are hilarious and I am dying, I am dying, I am dying. Which is not something you should really whisper to yourself in front of your cats while watching “Downton Abbey.” It tends to spook them. And then they get mange.

Final story: I was watching the season première of “Downton Abbey” with my cats, and as the opening credits rolled we just shook our heads. My cats and I agree: we don’t need to see that dog’s ass anymore. ♦

The Collected Poems by Sweet Little Black Kitty are finally available in Kindle format. That’s right. Now, you can read her pithy verse on your smartphone, or on your PC, or through the cloud, or even — if you have one — on the Kindle. 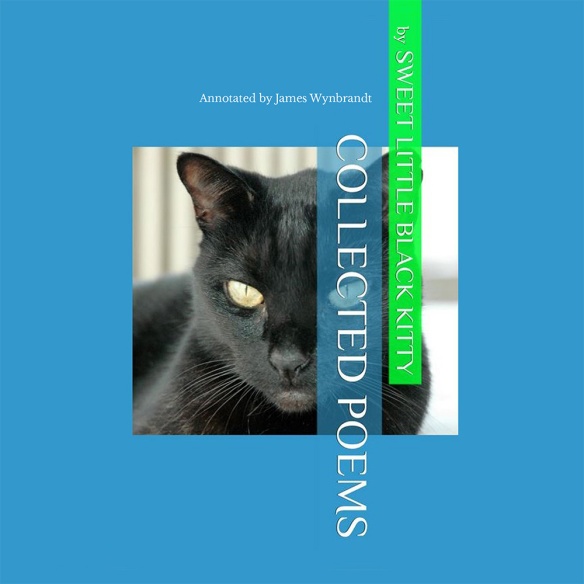 Click here to purchase your Kindle copy today for only $2.99! Or, you can purchase the print edition for just $4.99 and get a Kindle copy for FREE through the Amazon Matchbook program.

And remember, 10% of all profits are going to cat shelters and cat rescue charities. You can laugh and feel good at the same time.